The Industrial Revolution sparked the dawn of a new era in the history of humanity back in the 18th century. It was a time when we shifted to machine-based tools for manufacturing instead of traditional hand tools. This revolution changed the standard of living for most of the human population, and the world’s leading economists still consider it the most significant part of human history.

It’s expected that the use of IoT in manufacturing will increase up to 3 times by the year 2023, with forecasts predicting a value of around $40 Billion for IoT in discrete manufacturing.

For those unfamiliar, IoT is a term used to refer to hardware devices connected on networks controlled through the software on controller devices. It is an extension to the Internet, not for the people but the machines.

So, what role does IoT development play in manufacturing and Industry 4.0?

To start, let’s first discuss how manufacturing with IIoT works. Hordes of sensors are connected to hardware devices, and each device on a network shares relevant data with the other. This entire process is controlled via a device/system at the hands of an experienced human analyst.

For example, let’s consider the case of Harley Davidson, one of the world’s leading and most renowned motorcycle manufacturers. At a time when individually customized motorcycles were gaining popularity, the company found it difficult to maintain a balance between mass production and personalized production with its existing manufacturing expertise.

Harley Davidson leveraged IoT to solve this problem to connect hundreds of plant machinery and equipment to a single network. This interconnected network tracked the performance of each machine and simultaneously informed workers about the customization status of each individual order. The workers were able to control and gain access to everything through parent mobile devices connected to the network.

As a result of using IoT to solve its manufacturing problems, Harley Davidson could control its production lines and timely deliver specialized orders to its customers. Additionally, this new manufacturing method reduced its costs by 7%, enhanced employee productivity by 2.4%, and gained a 19% net margin!

In the above example, we saw how IoT transformed the production process of Harley Davidson and helped it maintain the perfect balance between mass and specialized production. The heart of this transformation and many similar IoT transformations are not the networks that connect devices, but the sensors which dig out relevant data from the devices, then send it throughout the network.

Sensors are at the core of IIoT transformation across all industries wherever it is applied. In addition to giving and receiving data, sensors also play a significant role in tracking the location of devices, automating tasks of machines, and in unique cases, for self-repairing and performing maintenance operations on the devices themselves!

It is these sensors and transmitter devices that create the nerves of an IoT network, thus enabling a digital nervous system connected with an entire manufacturing facility to direct its operations. In fact, such a system can even extend itself beyond the limits of a manufacturing facility. Companies such as CAT are already using IoT to track their transportation vehicles which go beyond plants and borders, and track location, inventory storage, and much more through centralized controller devices.

The need for non-proprietary IoT systems

For an IoT nervous system to work at its full potential, mobile app development companies like CodersDaddy need to use open-source technologies which are easily accessible and can be used with different types of services created by different manufacturers. Unfortunately, though, the reality is far from this utopian thought of open-source integration technologies.

Device manufacturers such as Apple use proprietary hardware and software to force customers into an ecosystem of devices made by their company. With the urge to maintain profitability and lock clients/customers into an ecosystem of one specific brand of products/services, companies often develop and sell software/hardware incompatible with anything else except the original manufacturer. The most easily understandable examples of such practices can be taken from the mobile application development services industry.

This is why users switching to Apple products often find it difficult to revert back to other platforms in the world of consumer tech. Similar practices are already working in IIoT, which has still limited companies from leveraging IoT development to its fullest potential.

A digital nervous system within an organization can only be made possible through an IoT network with non-proprietary nodes for interconnection. It is only then that various functions in manufacturing shall be able to integrate and take a business to the highest levels of productivity and efficiency.

To conclude, a digital nervous system can take manufacturing to greater heights and guarantee a sustained competitive advantage. While the development of open-source systems is still in its nascent stages, now is the right, perhaps the perfect time for manufacturers to harness IoT and enhance their production bodies with this digital nervous system. 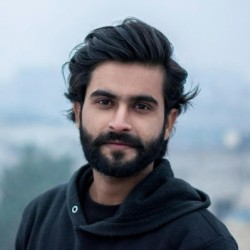 I am a tech enthusiast and business development manager at CodersDaddy. I like to share my thoughts and tech knowledge through informative blogs. I hope you like my blog & articles. Happy Reading!